Blog - Latest News
You are here: Home / PUBLICATIONS / Cyprus – A European Investment Hub worth looking at!

The questions’ list is endless, and the answers always vary depending on the uniqueness of each case.

Investments, as a concept, refer to any activity that intends to exploit new opportunities with the sole purpose of capital increase. So, when an investment is materialized, the outcome should result in profit and capital increase, otherwise is considered as a spending.

Consequently, it is a fact that investors seek a return on their capital, either on a long-term basis, or as traders, on a short-term basis.

The combinations of opportunities and options in the international market are limitless and no-one can list them, per se, since they differ considerably.

My experience as a lawyer and CEO of the international law firm Chambersfield Economides Kranos, helped me identify that there are many promising investment opportunities of various types in Cyprus.

In the past few years, Cyprus accomplished the impossible. Cyprus earned the bet and the respect of the international market, and, in my opinion, is among the “fighters” of our era.

Considering that after the financial crash crisis of the banking system in 2013, the Bailout program, signed by the Cyprus Government with the European Commission – the European Central Bank (ECB) and the International Monetary Fund (IMF), the downgrade to “junk” creditworthiness and the implementation of the AML directives, Cyprus managed to rise back up, thrive and earned its place among the most dynamic and stable business centers of the world, with a growing economy that attracts international investments. Therefore, Cyprus as a European state member and a business hub, offers various investment opportunities to investors.

If I could identify some, I would select investments from traditional and emerging industries.

The Real Estate industry is thriving in Cyprus. The Cyprus Investment program is a significant booster which, when successfully implemented, encourages foreign direct investments (FDI) and attracts high net worth individuals (HNWI) to settle and conduct their business activities in Cyprus.

Nowadays, there are numerous attractive opportunities in real estate, both commercial and residential units, all over Cyprus that promise a relatively secure initial capital investment, an excellent Return on Investment (ROI) and capital appreciation.

According to the world data atlas tourism “In 2018, the contribution of travel and tourism to GDP (% of GDP) for Cyprus was 21.9 %.” In terms of the tourism industry potentials, the Tourism Deputy Minister Mr. Savvas Perdios, stated that “the tourism industry has the long-term potential to contribute to Cyprus’s economy by 25%.”

This particular industry is one of the strongest industries of Cyprus economy and it is continuously elevating its competitiveness, through further developments and strategies. Therefore, investments on this sector are considered to be premium, especially when investors target large scale projects such as the construction of marinas, luxury resorts etc.

Cyprus is renowned for its high-quality maritime services, as well as, its reliable operational infrastructure and appealing legal framework.

It is noteworthy to mention that Cyprus is the third largest ship management jurisdiction in EU and possesses a large merchant fleet market share, on a worldwide basis.

An investment in this industry, through the establishment of a Cyprus entity, is considered to be very promising since the services, registration fees and taxes are very competitive, compared to other EU member states.

Additionally, it is important to mention that Cyprus uses an EU – approved Tonnage Tax System (TTS), a major advantage that should be taken into consideration, from the investors’ perspective.

In the last few years there is a substantial increase of StartUps in Cyprus. The high percentage of educated workforce and eligible human capital, the incentives given by the government i.e. startup visa regime, as well as, the straightforward legislative incorporation framework and attractive tax system, are some of the main factors that contributed to the startup’s sector growth.

Major players in the field of technology have proven that Cyprus is a very favorable jurisdiction for startups, since, after their establishment in Cyprus they run their international multi-million businesses successfully.

Investment funds is the new emerging market that Cyprus seeks to expand.

Cyprus is continuously upgrading its regulatory and legislative framework in order to attract foreign direct investments (FDI) and it has already formed various Alternative Investment Funds (AIFs) and Undertakings for the Collective Investment in Transferable Securities (UCITS). Of course, this target would have been unreachable if the professional service provider sector was not so strong and well-educated to support this expansion.

In my opinion, investors should take a closer look on Cyprus Investment Funds opportunities, since a lot of effort and support is being put by the legislator and supervised authorities.

The discovery of hydrocarbons was the starting point of a very promising era for the energy industry in Cyprus. Energy giants approached Cyprus and formed strategical alliances that upgraded the jurisdiction to a developing oil and gas hub of the surrounding area.

Of course, from the energy industry we should not omit the growth that Cyprus had in the past few years in renewable energy, which mainly focuses on the wind and sun energy.

Personally, I advise professional investors to monitor the overall activities of the energy industry in Cyprus very closely, since it holds enormous and very promising future potentials for development and expansion.

In conclusion, Cyprus is a country that has a lot of investment opportunities to offer.

Therefore, investors are advised to establish cooperation with law firms that can consult and assist them on selecting the best possible combinations of investment, by determining the risk tolerances and necessary capital for achieving a profound portfolio allocation. 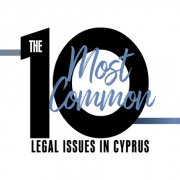 The 10 most Common Legal Issues in Cyprus 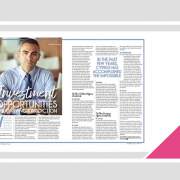 Investment opportunities in a thriving jurisdiction 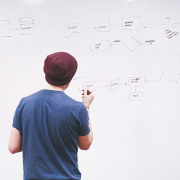 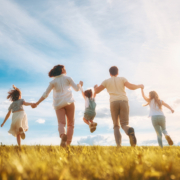 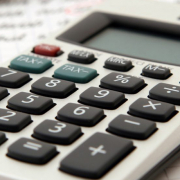 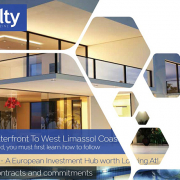 The 10 most Common Legal Issues in Cyprus
Scroll to top
This site uses cookies: Find out more.