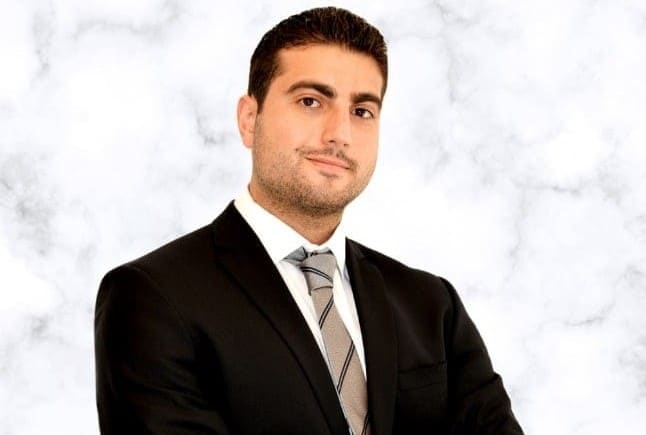 Mediation is an Alternative Dispute Resolution Method (ADR Method) which can be an alternative option for resolving a dispute between two (or more parties), other than through the Courts.

Mediation, like other ADR Methods (such as Arbitration), has advantages over a court process: it is faster, more cost-effective, and involves the confidentiality of the process, as opposed to a trial which is a general procedure open to the public.

In addition, Mediation, has the added advantage of being a more conciliatory and peaceful way of resolving a dispute between two parties, without necessarily causing the two parties to derail and terminate the relationship and/or cooperation of the two parties, as is almost always the case when a dispute leads to Trial or Arbitration.

In terms of its practical application, it is a structured process (regardless of the name), in which two or more parties try to reach an agreement on resolving their dispute voluntarily with the help of a Mediator, as a third, a neutral, independent and impartial party.

This impartial third party is a Certified Mediator, who is selected jointly and with the consent of all parties involved in a dispute.

Ways, the Disputing Parties, can enter into a Mediation process in Cyprus:

Under the current legal regime in Cyprus, there are three ways for the disputing parties to enter into a Mediation process:

3) During a court case, when both parties agree or when one party requests it and the Court deems that this is the best course of action in this particular case (rare application).

Informatively, it should be noted that in other countries, such as Greece and Italy, there is a mandatory pre-trial mediation procedure prior to the adjudication of the civil action, something which is not currently applied in the Cypriot legal system.

The Stages of Mediation:

1)Preparation:  Where any possible conflict of interest of the Mediator is examined, e.g., if he had previously cooperated with one of the parties of the dispute (as it also happens in an Arbitration process for the selection of an Arbitrator), the acceptance of his appointment, the drafting and signing of the agreement affiliating the dispute to Mediation, the Mediator’s briefing, the appointment of the session, the venue, and the authorizations by the parties.

2) Opening Statements: Both of the Mediator (where he outlines his role, the way the procedure is conducted and the ultimate goal which is the resolve of the dispute) and of the Parties (where each party expresses its position on the dispute being mediated).

3) Investigation: Where separate confidential discussions take place between the Mediator and the parties, questions, investigation of the history of the dispute and the pursuit of interests.

4) Negotiations: Where the parties with the help of the Mediator create options and solutions for the dispute with proposals and dialogue between them.

The Laws governing Mediation in Cyprus are the following:

Law on Certain Matters of Mediation in Civil Disputes of 2012 (159 (I)/2012), which is the national law that governs the application and the procedure of Mediation in Cyprus, as well as the qualifications that a potential certified Mediator should possess.

Additionally, the above law stipulates the existence of two separate Registers of Mediators which are kept by the Ministry of Justice of the Republic of Cyprus:

Register of Mediators for Commercial Disputes

Register of Mediators for Civil Disputes other than Commercial Disputes

Directive 2008/52/EC of the European Parliament and of the Council, of 21 May 2008, on certain aspects of mediation on civil and commercial matters, where this European Directive applies in the event of cross-border disputes in civil and commercial matters other than certain rights and obligations which the parties are unable to decide on the basis of the applicable law, and which dispute may be referred to Mediation as an ADR.

Law on Family Disputes Mediation of 2019 (Ν. 62(Ι)/2019), which regulates issues that fall within the scope of Family Law such as Property Disputes, Alimony, and the Use of the Family House. Matters concerning Divorce and Child Custody remain in the exclusive jurisdiction of the Family Court.

Furthermore, informatively, due to the peculiarity of Family Mediation, discussions and actions have been taken to create a third separate Register of Mediators for Family Disputes.

The Future of Mediation in Cyprus:

In recent years the number of registered Mediators in Cyprus has increased dramatically and the interest of the business and commercial world in finding an ADR Method, both from the Court and from Arbitration, which is not confrontational, has turned the eyes of several stakeholders to Mediation as an economic, speedy confidential and peaceful option to resolve a dispute between 2 two parties.

* The content of this article is valid as at the date of its first publication. It is intended to provide a general guide to the subject-matter and does not constitute legal advice. We recommend that you seek professional advice on your specific matter before acting on any information provided. For further information or advice, please contact Mr. Christos G. Georgiou, Advocate, Mediator & Legal Consultant at the Law Firm CHAMBERSFIELD ECONOMIDES KRANOS, in Limassol Cyprus, # +357 25 356 800 or email at [email protected], [email protected].

Non-Cypriot & non-EU nationals are permitted to enter and stay as permanent residents in Cyprus with no li...

From June 1st the general public and obl...

The Department of Registrar of Companies and Intellectual Property of the Ministry of Energy, Commerce and Ind...

The House of Representatives in Cyprus, approved a set of amendments to the income tax law and defense tax law...

Chambersfield Economides Kranos has been our close legal partners for more than 5 years with excellent results.

CEO at Investment Firm
The team at Chambersfield Economides Kranos have dealt with all of my personal litigation aspects in the utmost professional manne...

The teams focused their efforts on a few of the highest-value S&OP levers in order to review the current plann...

Developing a strategy and roadmap for cl...

Pharm Ltd. leadership turned to Pear Business to help ensure that the core elements of their supply chain were...

Management of generation changes in busi...

The world is always changing and we are all part of it. Yesterday’s unimaginable things are possible today.

Copyright © 2022 – M. Economides Kranos & Co. LLC – A regulated and licensed law firm – Chambersfield is the international brand and trademark of the law firm. All rights reserved. | Privacy Policy.
We use cookies on our website to give you the most relevant experience by remembering your preferences and repeat visits. By clicking “Accept All”, you consent to the use of ALL the cookies. However, you may visit "Cookie Settings" to provide a controlled consent.
Cookie SettingsAccept All
Manage consent

This website uses cookies to improve your experience while you navigate through the website. Out of these, the cookies that are categorized as necessary are stored on your browser as they are essential for the working of basic functionalities of the website. We also use third-party cookies that help us analyze and understand how you use this website. These cookies will be stored in your browser only with your consent. You also have the option to opt-out of these cookies. But opting out of some of these cookies may affect your browsing experience.
Necessary Always Enabled
Necessary cookies are absolutely essential for the website to function properly. These cookies ensure basic functionalities and security features of the website, anonymously.
Functional
Functional cookies help to perform certain functionalities like sharing the content of the website on social media platforms, collect feedbacks, and other third-party features.
Performance
Performance cookies are used to understand and analyze the key performance indexes of the website which helps in delivering a better user experience for the visitors.
Analytics
Analytical cookies are used to understand how visitors interact with the website. These cookies help provide information on metrics the number of visitors, bounce rate, traffic source, etc.
Advertisement
Advertisement cookies are used to provide visitors with relevant ads and marketing campaigns. These cookies track visitors across websites and collect information to provide customized ads.
Others
Other uncategorized cookies are those that are being analyzed and have not been classified into a category as yet.
SAVE & ACCEPT